Right tools for
the right job

A Guide to Preventing and Dealing with Blocked Drains

Blocked drains are annoying. Just the thought of standing in the shower while the water slowly rises instead of draining is enough to make anyone cringe. It’s easy to take modern plumbing for granted. When the pipes are leak free, toilets are flushing and drains flowing, most of us don’t give our plumbing systems a second thought.

During those carefree days, a lot is happening out of sight. Buildup is slowly establishing itself inside the pipes, strands of hair are being washed down the drain, conspiring to create a messy blockage when you least expect it. Debris is gathering in your sewer line, setting the stage for a smelly backup that could strike at any time. The truth is, plumbing problems don’t have to be inevitable.

Let’s take a further look into how you can avoid blocked drains. We’ll follow up by looking at the best way to handle drain cleaning when you do have to deal with a blockage.

Common Causes Of A Blocked Drain

There are seemingly innocent products all over your house that pose a slow and steady threat to your drains. Every drain in your home has its own set of culprits.

Soap scum, hair and dirt slowly work their way down the shower drain. Over time, the buildup will cause a nasty drain blockage. Before the drain becomes completely blocked, you’ll notice the drain slowing and water taking longer to drain.

Hair gets into the bathroom sink too. Toothpaste and soap residue will also build up over time, backing up your drain.

We all love having a garbage disposal in prime working order. The problem is, it almost dares you to cram any type of kitchen waste down its throat. The main drain blockage reasons are food particles and kitchen grease.

How To Keep Your Drains Clear

The most important thing to keep in mind is knowing what is flushable and what isn’t. When in doubt, always throw something away rather than risking a blockage.

Keep the grease out and be careful about what types of food waste you put down the drain. Greasy meats and anything with bones should be disposed of in the bin. Also make sure to run water when you run the garbage disposal and don’t power the disposal off too soon.

Blocked drains can still happen even if you are diligent about taking the proper precautions at home. That’s why you should schedule periodic maintenance with a professional plumber. At Jet Plus Plumbing, our plumbers in Melbourne perform a plumbing tune-up. The real benefit with a tune-up is that not only does it keep the drains flowing, but a thorough inspection will catch small problems before they become big ones. There are a few key services every plumber should provide.

Too many people assume the only time to call a plumber is when a drain is blocked or a pipe is broken. Calling us to perform periodic maintenance will actually save you money and time over the long term.

Have a Blocked Drain?

Maybe you are reading this because you have a blocked drain right now and need to get it handled ASAP. Well, you came to the right page. Let’s get into the best way to go about having a blocked drain cleaned, along with a few things to avoid.

Know Your Limits When Trying To DIY

If you have a blocked drain, the first thing you would do is try the quick and easy fix first. Those liquid drain clearing solutions you find at the store will only offer a short-term fix at best.

The Dangers of DIY

Some homeowners will try to take things a step further before calling in a professional plumber by attempting to ‘snake or hose’ the drain themselves. The ‘snake’ which is also referred to as an auger, is a coil that can reach deep into a drain to clear out the blockage. Putting a plumbing snake in the inexperienced hands of a homeowner could easily end up doing more harm than good.

First of all, there’s the risk of using the auger incorrectly and damaging the pipes. It’s also not uncommon for augers to break as the result of misuse. You could end up having to pay to replace the rented snake, and having to hire a plumber – making the job more expensive than it needed to be.

How Does A Plumber Perform Drain Cleaning?

The first thing a professional plumber will do is get to the bottom of what exactly is causing your blockage. In some cases, it may be necessary to run our specialised camera through your pipes to take a look at the problems and any potential complications that could arise. Once the issue is properly diagnosed, there are a number of solutions we will consider.

Hydro-Jetting: This is a long-term drain cleaning solution that uses extremely high-pressure water jets to flush out your pipes. The hydro-jetting process removes blockages along with debris and residue to leave your pipes clean. Jet Plus Plumbing is a specialist blocked drain plumber in Melbourne. 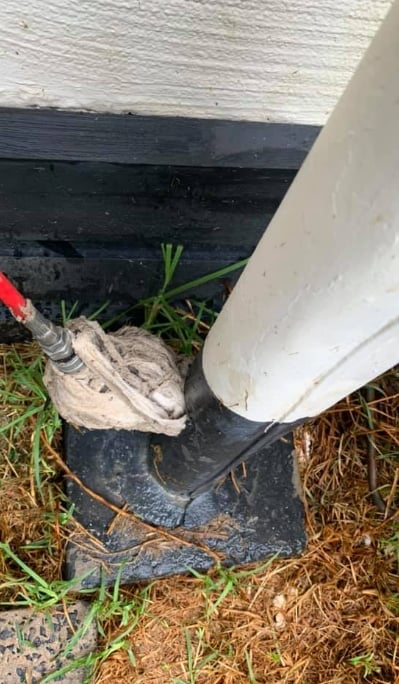 What About Sewer Blockages?

A blocked sewer line can cause problems throughout your home or business, and even lead to a nasty sewage backup if the issue isn’t addressed promptly. Sewer issues will typically have a few of the following warning signs.

Hydro-jetting is also an effective method of clearing out sewer lines. However, in severe cases, the sewer line may need to be repaired or replaced of the cause of the blockage is a tree or plant root growing through the main sewer pipe. The most efficient way to have this done would be through trenchless sewer replacement. This method requires specialised equipment that allows us to replace a sewer line without having to dig a big trench through your yard.

While preventative maintenance and proper foresight can help keep blocked drains at bay, you could still end up having to deal with a blockage. There’s nothing wrong with trying to fix the issue yourself, but know when it’s time to call a blocked drain plumber at Jet Plus Plumbing to help.

If you are having any plumbing emergency in your residence, you can rest 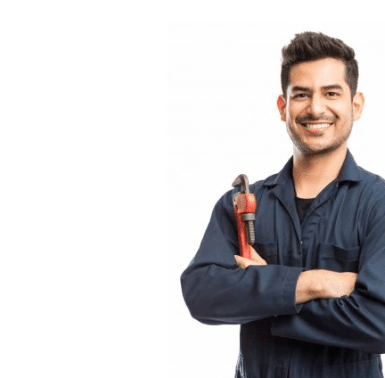 What Our Clients Say

Quality Plumbing service, investigated & located our stormwater drainage issues. Kept us informed at all times regarding costs & the repair work required. I would have no hesitation recommending Luke at Jet Plus Plumbing to anyone looking for a good, reliable plumber & will definitely be getting him back if we have any other plumbing problems.

I would highly recommend Luke and the team at Jet Plus Plumbing. We had what turned out to be a rather complex issue however Luke really went above and beyond to get the job got done and get our build back on track. I can honestly say I've never met a more dedicated and professional outfit in my life!

a month ago
Professionalism, Responsiveness, Value

Luke and his team did some gas work on a rental property for me.

Well priced, punctual and explained what work had to be done before proceeding.

I would use Jet plus plumbing again in the future without hesitation.

a month ago
Professionalism

luke and the team did a fantastic job and was logical with his thoughts,changed my gas pipes due to a leak when other plumbers were to busy to come over,highly recommend him and his team due to great reviews and thats why l choose jet plus plumbing,will 100% use again.

Luke was easy to deal with, had good knowledge about our problem and was able to fix the pipe to a high quality. We would use him again and will be recommending him to others.

I have dealt with Luke, three times over the last 3 months, as he has been helping me with jobs required, as we built our new home. Luke will be my 'go-to' person for any gas plumbing needs I require in the future and highly recommend him to anyone who is looking for a trusted gas plumber. Thanks for everything Luke! Angie Brennan

I highly recommend Jet Plus Plumbing. We had an emergency plumbing issue, and Luke was there to help us! He was very polite and professional, and his work was exceptional. He left the area clean and tidy. Very happy with his service.

If you need a great plumber, you need to call Luke!

Highly impressed, a new school tradesman with old school attitude. We had a difficult issue with the modified plumbing of our spa. Luke came out to identify the fault and find a solution for us, explaining the the issues along the way and options available.

After months of issues, that others couldn’t fix, it’s now sorted and we’re over the moon.

Highly recommend Jet Plus for all your plumbing needs!

I highly recommend Jet Plus Plumbing. I had a couple of plumbing issues related to my tank/outside taps. Luke was absolutely fantastic to deal with.

He arrived on time, provided quality advice and fixed the issues quickly. Outstanding customer service and a great bloke. Highly recommended for all plumbing needs.

Highly recommend, fantastic service and explained all our options very clearly, friendly and honest. clean and very good with price.

Very prompt, friendly and professional. Thank you Luke for our new bathroom tap ware & toilets. You kept me informed every step of the way from when the water would be turned off and for how long. Would be happy to recommend Jet Plus Plumbing!

Luke did a fantastic job installing my new toilet. He is a hard worker, very knowledgeable and the ultimate professional. I highly recommend Jet Plus Plumbing!

Highly recommend, fantastic service and explained all our options very clearly, friendly and honest. clean and very good with price.

Had jets plus come do some works at my house recently and was outstanding in his service and knowledge, would recommend him for any job

A friend referred me to jet plus plumbing and I can see why. Great communication, reliable and trustworthy. Quality of work was excellent as well. I will definitely be recommending Luke and the team to my friends and family. Thanks again for your help!

I would highly recommend Luke and would use him again in a heartbeat. Faster and reliable service, well priced and able to fix our problems.

Areas We Serve Throughout Melbourne

We offer Blocked Drains services throughout Melbourne. Find out more by calling us on 0421 725 624 today!